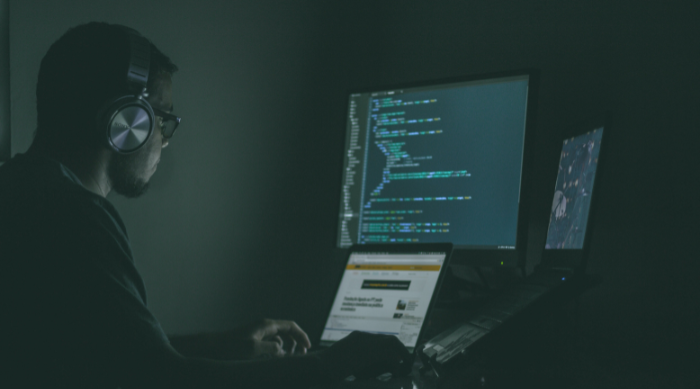 Neither language is better or worse than the other. The choice between the two depends on the product goal. To help budding programmers understand Java vs. C++, this guide covers each language’s advantages and disadvantages, plus when and where each language is used.

Keep reading to learn more about how to make the best language choice for your next project or learning challenge.

Is Java or C++ easier to learn?

If you are a beginner launching into tech and programming, you might want to become a developer as quickly as possible.

Java would be the easier language to learn with no coding background.

In fact, Java was designed to be easy and accessible to a broad audience. Taking a course on Java programming can get someone to write functional code for a website or application in a relatively fast timeframe.

That doesn’t mean C++ should be abandoned; it is a great language to learn for software programming. While C++ may not be as easy to pick up and start programming with right away, the language has existed for longer and has a huge community of support for budding developers.

C++ is more difficult because of its strict syntax, which can take some time to get accustomed to. This language is used to create intensive software, like financial tech, and even powers the Google search engine.

Both Java and C++ are evolutions of the C programming language. Compared to C++, Java is newer, with less complex syntax.

If you intend to learn both languages, learning C++ first would provide better fundamentals and make the transition to learning Java swift and smooth.

Released in 1995 by Sun Microsystems (now Oracle), the Java programming language is a general-purpose, class-based, object-oriented programming language. Not to be confused with Javascript, Java is a platform-independent language based on the WORA (Write Once Run Anywhere) concept. That means Java source code gets sent to the compiler and translated into byte code instead of machine code. This means it can be executed on any platform.

Java’s syntax is very similar to C++, but all script in Java is written in classes, with only one public class. Java is also a pure object-oriented language and has a single root hierarchy. Java has diverse libraries and code reusability through the Java Native Interface. New software developers can get their projects going faster with special classes (like applets) or templates (like JavaServer Pages).

Java’s popularity is well known, with no signs of a decline anytime soon. Apps like Facebook and Instagram use Java APIs to allow multiple operating options on a single screen. Java is used to program all types of applications, including:

Is Java better than C++? Most software engineers developing android, cloud, and web applications would consider Java better than C++. The platform independence allows the program to run on all different machines as long as the Java Runtime Environment (JRE) is installed.

Bjarne Stroustrup developed C++ at Bell Labs in 1979.  This descendent of C discerns itself with the addition of classes, allowing for the management of large amounts of data in a short amount of time.  C++ allows for more control over system resources and memory management. These reasons are why C++ is found in AppleiOS and Microsoftoperating systems, gaming consoles, and more.

C++ is an object-oriented language with features like polymorphism, encapsulation, and inheritance. It also has support for procedural programming. Unlike Java, C++ code can be compiled without classes or creating objects, but one downside to C++ is that it is a platform-dependent language.

When it comes to C++ vs. Java: Is C++ more powerful than Java? Just like Java has its niche for specific projects, C++ is the go-to for fast, efficient, and reliable systems and software that perform critical tasks. You can find C++ across many industries, from hardware as small as your cellphone to as large as an airplane.

Since Java and C++ evolved from the C language, they share some similar qualities, like inheritance of objects in classes, polymorphism, abstraction, and encapsulation.

The table below shows the similarities between these two languages.

Just as spoken languages grow and evolve, the longer these languages exist, the greater the differences. Consider the key differences between Java and C++ in the chart below.

Both languages have strengths and weaknesses depending on the use case.

What is the advantage of Java over C++? The advantage of Java over C++ is that becoming a Java developer is easier than learning C++. Java can also run on any machine.  Java has built-in defaults like garbage collection to avoid redundant data collection. It is also more secure for the novice, as improper use of pointers in C++ can cause memory corruption or system failure.

With Java’s advantages, why do more people use C++ over Java? More people use C++ over Jave because Java requires a lot of memory to function, which hinders computing speed.  Java also doesn’t provide any backups if you need to revert your code.  C++ has existed for nearly 40 years, with many businesses heavily invested in software and operating systems using this language.

C++ shouldn’t be considered an old or outdated language; the ability of C++ to wrangle large amounts of data quickly make it an excellent option for high-performance, real-time applications. Don’t be surprised if you see a C++ developer on a large project roadmap.

RELATED: Learn about the best roadmap software and the importance of a customer journey map.

How to Learn a Coding Language

There are plenty of online boot camps, tutorials, and courses to help you learn a coding language.  There are free resources and courses to audit on websites like Coursera.  Websites like FreeCodeCamp and Code Academy always provide free lessons and most online courses offer a free trial to see if the class fits you.

How MVP Match Can Help

While choosing between Java and C++ may be difficult, applying to join MVP Matc as a freelancer is easy! Many companies seek to hire or contract coding experts for software development gigs. If you’re learning a new programming language, join our network for opportunities as a freelance software developer.

If you are a company looking to bring on top talent for your Java or C++ engineering, we can help match your business with vetted professionals for your team.