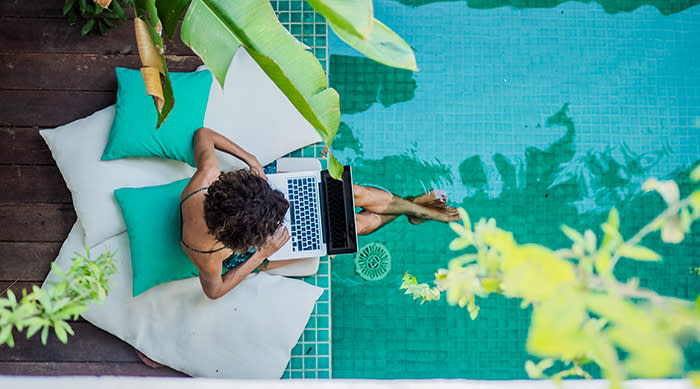 How Remote Work Is Changing Freelancing

As the list of remote-first companies grows, the traditional model of freelance work is shifting. Freelancers often used to be seen as mercenaries, hired to spot-fill skill gaps or temporarily support overworked teams. Now, elite freelancers are increasingly embedding into teams, and they are mirroring the same commitment to the company vision as employees.

The normalization of remote work is driving this change. It’s created the need for companies to focus harder on managing remote teams just as it has opened the window for freelancers to get even more out of their work.

“Before COVID, remote-first workplaces were still a futuristic concept, even though some companies had already adopted them,” says Dorian Wilson-Debriano, Match’s Commercial Director. Companies and talent saw freelancing as a way to tackle specific problems and projects through a flexible work arrangement. This came mainly in the form of short term contracts.

Freelancers were often the only remote staff, so they did not (and were not expected to) integrate into the team. Even when working on site, freelancers were traditionally seen as outsiders, agrees Freddie Field, Talent Acquisition Director at Match. “Going into offices, they’d have different ID badges and be perceived differently.”

Once COVID hit and remote work became the norm, everything changed. Tech talent saw the opportunity to find work globally. Companies saw more benefits to hiring people from anywhere. And – with everyone working virtually – it became less obvious who was perm staff and who was a contractor.

With literally a world of remote talent to choose from, companies began to wake up to remote hiring. “The question then came about: What is the best way to hire someone when they work in another country?,” says Dorian.

It’s obvious from the growth of providers in both areas that the demand for talent-from-anywhere is way up.

For freelancers, the opening up of remote work has meant one thing: Your employment status and contract no longer determine your loyalty and dedication to a company. In other words, you don’t have to be a regular employee to feel like you’re part of the team and be treated like one. That’s because remote-first work has broken down barriers between types of employees. “When the whole team is remote, everyone’s on a level playing field,” Freddie adds.

Freddie believes that, as members of a fully-remote team, freelancers get to experience the culture and values of the organization as perm staff do, and that gets them more invested in the work. That’s a good thing for companies: “If freelancers feel a strong connection to the team and are more aligned with its mission, they will go the extra mile. It has an impact on people’s productivity and desire to stay.”

To Dorian, what developers want most is to get paid the right amount, work in a great company, and have flexibility in the way they work. That can happen as a perm or a temp worker.

Tapping into a global pool of tech talent now often means bringing experts onboard as something other than regular employees. “More and more companies are moving towards a model of building teams that fit their needs regardless of employment status,” according to Dorian.

Part of this is to get around the legal hurdles, of course. A renewable freelance contract may be the easiest way to bring someone based in another country onto the team. But aside from that, freelancing hiring solves the other main struggles companies have when trying to get developers onboard: speed and flexibility.

As it becomes easier and the norm to build fully remote teams with just the right mix of skills, the focus is now on how to manage those teams. Dorian explains that it’s all about developing the team culture and keeping communication fluid between all co-workers. That’s true regardless of the employment status of each team member. Everyone needs to feel valued. The whole group needs to pull together.

Certain aspects of managing freelancers versus permanent staff may still differ (employee development plans aren’t done for freelancers, for instance). The lessons for leading a great remote product team, however, apply no matter who’s on the team:

Mastering this is the greatest challenge for today’s team manager.

MVP Match was born out of this shift in the market, Dorian says. Once a company accepts that the employment status of their team members doesn’t matter anymore, the only important step is to find the right talent that matches its needs and team. Thanks to our vetted talent cloud of over 6,000 thousand developers, product managers, and designers, and our personalized matching process, we’ve been able to help numerous companies such as HeyCar, Haiilo, i2x, Everstox, and Voya add full time, long-lasting talent into their teams.

For Freddie, a “unicorn” freelancer doesn’t really exist, but because Match freelancers are senior-level, experienced pros, they know how to embed in a team and add huge value to the projects they are working on. They are at the forefront of a change to the workplace – to remote teams and a focus on team fit rather than employment status.