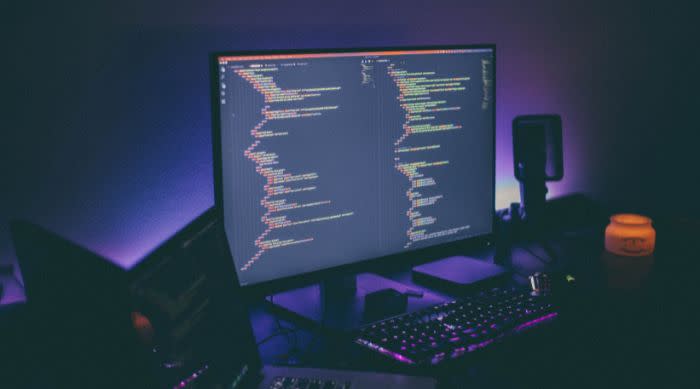 Algorithms are commonly used tools in the IT world and a seemingly inescapable term in our everyday lives, thanks to social media. What is an algorithm? In computer science, an algorithm is a precise and finite list of rules or steps to perform an operation or solve a particular problem.

All algorithms work by taking inputs. Those inputs follow a defined set of steps in the algorithm to return an output, such as the content you see in your social media feed, or even something as simple as the answer to a math problem.

What are the benefits of using algorithms? Algorithms break down problems into digestible pieces. They have easy to follow step by step solutions to make a task easier to understand and accomplish.

What are the disadvantages of algorithms? Writing an algorithm takes time. While the flow of the algorithm needs to be precise and simple, turning that algorithm into code requires complex logic and programming knowledge.

When We Use Algorithms

Technology aside, you’ve been using algorithms in your everyday life even before you had a cell phone. Maybe your parents had a morning routine when you were a child. The given problem to solve: Get a child ready for school. The set of instructions in your morning routine may look something like this:

Step 3. Brush your teeth and hair.

Output: A child ready for a day of learning!

When it comes to computer programming and software development, sets of algorithms tell the machine what to do and when to do it. Algorithms aren’t written in a programming language like Java or Python. They are written in pseudo code, and resemble a text based flowchart for the programmer to follow.

When people talk about “the algorithm” in regards to social media, it is a reference to the computer algorithms that make the decisions on which posts to show in your feed. The input for these algorithms is past interactions and activity you’ve made within the app or website.

What is an algorithm in C++ programming? While algorithms aren’t tied to specific programming languages, many languages have algorithmic functions in their standard libraries. C++ has 114 algorithms, including functions for sorting, binary search, and merge.

Elements of an Algorithm

There are three basic elements for algorithms: sequencing, selections, and iteration.

To get an idea of these elements in a simple everyday algorithm, let's look at making toast.  The sequence would be to put the bread into the toaster, turn the toaster on, and remove the bread from the toaster. The selection element is how toasted you like your bread. If the bread is not toasted enough, then we move into the iteration element and repeat the steps until we arrive at the desired result.

Characteristics of an Algorithm

In addition to these common characteristics of algorithms, an algorithm should be modular, functional, user-friendly, and maintainable.

A random number is used to help decide the expected outcome. Randomized algorithms are simpler than other fundamental algorithms, but end up being far more efficient.

For an approach with less time complexity, greedy algorithms will run an iteration and choose the best result for that step and then move on to the next step.  This differs from the brute force algorithm that tries finding the best outcomes overall after all steps.

A step by step algorithm that divides problems into subproblems before solving.  The subproblems are solved first, and then the solutions are combined to provide the output for the original problem. This is one of the most common algorithms in programming.

The simplest subproblem is examined first, and then larger and larger problems are solved until the solution is obtained.

By storing the solutions to subproblems only once, this efficient method of problem solving remembers past solutions and applies them to future calls. This avoids repetitive calculations and cuts the amount of time needed to solve the problem.

This algorithm searches for elements in a data structure. In searching algorithms, elements can be retrieved through a sequential, also called linear search, where the algorithm goes through each element individually to find the solution. A faster way is an interval search, also called a binary search,  where the sorted data structure is repeatedly divided into two until the element is found.

By following specified criteria, the path to the solution is built, unless it fails along the way.  If it fails, the algorithm backtracks to that point to build another solution.

Many of these fundamental algorithms have been further refined for specific tasks and purposes. Luckily there are numerous courses and tutorials available for anyone who wants to learn more. App developers need to have a solid understanding about the formation and analysis of algorithms for their projects.

Looking for an algorithm expert?

Algorithms have become highly sophisticated. They are the driving force behind the technology for search engines, social media platforms, artificial intelligence, and machine-learning.

Is your company looking for a programming expert or product developer to guide your next algorithm focused project? MVP Match can connect your business to the top tech talent available from our freelancer community.